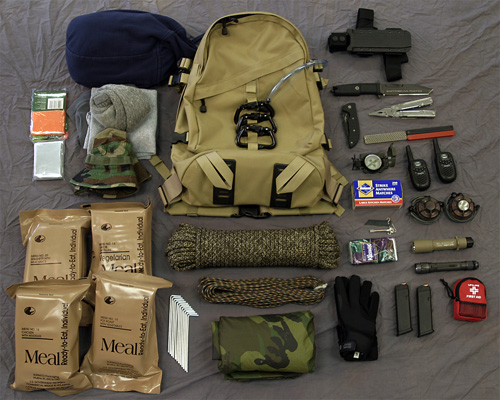 It may seem silly to do this, but with two tropical storms coming into the Gulf of Mexico (as this is typed) and a pandemic still raging around the world, having an emergency kit or bag ready to go isn’t a bad idea. Selecting the right bag and knowing what to put in it are obviously the important things to know. If you look around on the Internet you’ll find out that everyone who has ever served in the military who also has a social media account is a survival expert. You’ll also find that just about every company that manufactures a back pack or sells survival equipment has the latest greatest end all be all list for the perfect go bag and what to put in it. This entry isn’t going to tell you the perfect bag or contents, but it will give you some good general guidelines that will help you build a decent foundation to improve upon.

As to the bag, there are packs that are both too small and too large. It’s entirely possible to carry too little and far too much. As a general rule, a three-day pack, or one about 20L in capacity is the right size. It’s big enough to carry the basics and not so big that it’ll weigh you down when you have to carry it for several miles or more. There are plenty of good quality packs that size from a plethora of manufacturers. The lower-end and less costly ones are what they are; you can’t customize them or modify them; you can’t add to them. Some of the higher end ones ARE customizable by way of the fact that they are covered with MOLLE webbing. That feature allows you to add on, in a very secure fashion, pouches to carry items you decide you need that don’t necessarily fit in the pack itself.

There are few items that every Go Bag should have. This is a very basic list of minimums and obviously you will have to add personal items (clothing, medicines, etc) to the list.

Let’s start off with a phone charger and battery pack. Obviously, to charge the battery pack and/or the camera, you need a working vehicle or electric power source. The battery pack and charging cord for a phone are included only because of the value of communications after an emergency. Depending on how much you use your cell phone, the typical battery can last a day or more, so if you add in a fully charged battery pack, you can get two or three days of use out of your cell phone. Given that we’re starting with a three-day pack, that’s the rough time frame we’re using to focus this Go Bag contents list.

Food and water are the next items on the list. Weight matters because you don’t want a pack so heavy you can’t carry it very far, and water weighs about eight pounds per gallon. Most survival experts will recommend a gallon per day and you don’t want to carry three days’ worth of water to start (24 pounds), so along with a means of carrying water you also need a means of filtering or cleaning water you find along the way. Food can be carried in many forms but protein bars are probably one of the best for weight-to-nutrition value. Some people favor carrying dry soups but that adds the requirement of carrying a pot to make it in and depletes that much of your water supply. As a general rule, the average adult requires 2,000 calories per day in a “normal” diet, but most can survive on as little as 1,200 calories per day. Many, when dieting with the goal of losing weight, eat even less than that. If you shop around for food bars you like, you should be able to find some that will let you carry 4,500 calories worth which would be three days of food at 1,500 calories per day. That’s a good “survival” goal amount.

Next on our list is a flashlight and/or glow sticks (chem lights). Depending on circumstance after whatever emergency, you don’t know if you’ll be outside during hours of darkness, or functioning inside a dwelling / other structure during the day but with few windows (another low light situation). Lots of folks prefer rechargeable flashlights and they are great for home emergency preparedness, but if you’re going to be away from your home, a regular flashlight that takes the most common batteries is best. Find a good quality flashlight that uses AA or AAA batteries and has an LED bulb. Pack two or three sets of spare batteries and know how long your light will last at whatever power settings it might have available (many LED flashlights have low and high power settings).

As a general rule we recommend never leaving your house without a pocket knife, but specifically for your Go Bag you should make sure you have a good quality knife and/or a multi-tool (most multi-tools have a knife blade). You DO NOT need a Ramboesque survival knife with a 16” blade, saw teeth on the spine, a sharpening stone, hollow handle, etc. Some of the best knives to have in or with your Go Bag have a 4”-5” long grip with a 3” (roughly) blade. Basic cutting chores are what you need it for. You’re not going into combat with it.

A great many people keep a first-aid kit in their car “just in case.” The mistake they make is that they never open it or look in it after they put it in their trunk or glove compartment. There are items in the average First-Aid kit that expire and need updating / replacing. Your Go Bag should have a few things in it that also need updating or replacing. The biggest mandate is that you HAVE a good basic first-aid kit for treating injuries. Everything from a small cut to a life-threatening laceration should be covered. Splints begin to take up a lot of room and can get heavy (depending on what type of splints).

A survival blanket should be in every Go Bag. In fact, two of them should be included. One can be used to make a shelter while the other used to maintain body temperature. Emergency Survival bivvies – sleeping bags made out of mylar or similar material – are available. If you have a emergency blanket and an emergency bivvy, you have both shelter and body warmth protection. Putting up the emergency blanket as a shelter will require some type of cordage, so include some paracord or similar.

The last few items we’d highly recommend you have in your Go Bag are a pair of gloves, a small roll of duct tape and a signaling device (whistle). Duct tape has all kinds of uses, answering plenty of unexpected needs. Gloves can prove valuable when you least expect it but need to prptect your hands from environmental dangers like broken glass, splintered wood, metal edges, etc.. The signaling device should only be used if you know the nature of those who you are signaling to. In other words, you don’t want to attract the attention of nere-do-wells blowing on that whistle.

As was said at the beginning, this is just a basic list. It’s a starter platform. Take it and build on it but make sure your Go Bag is ready to go when you need it. 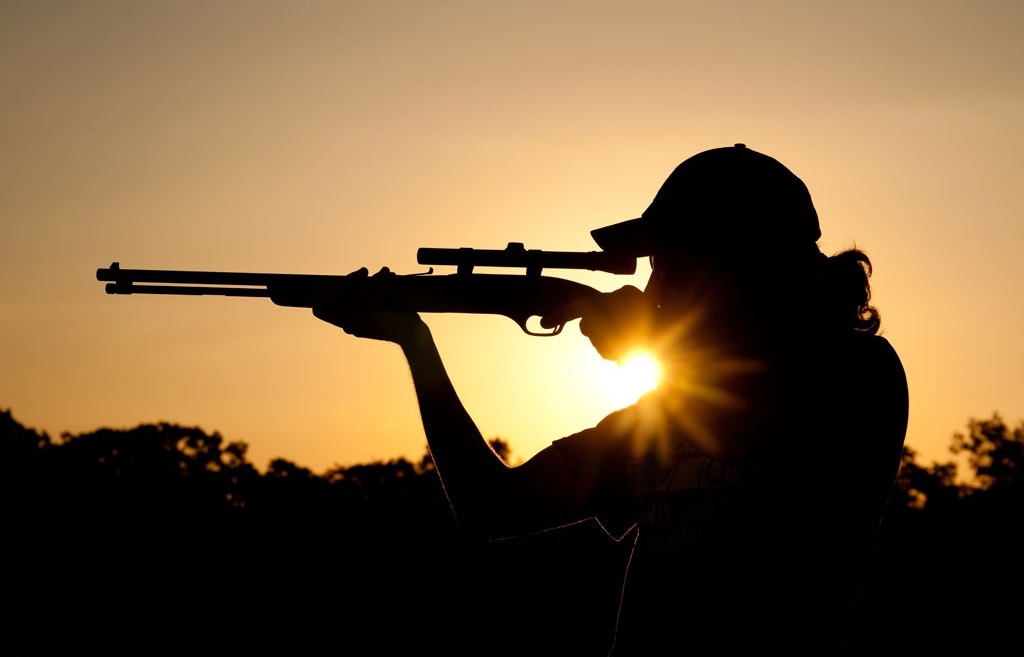