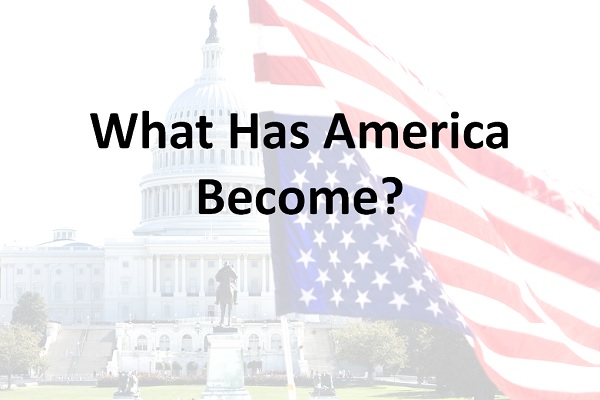 I have avoided writing anything political for several years now even though my first two books were almost entirely based on political values and governmental beliefs. Recent events, as they relate to society’s reaction to politics and information manipulation, have forced me to lift my personal embargo.

Just in the last few days I’ve watched major social media outlets ban user accounts based on the user’s politics. Bear in mind, we’re not talking about banning an account because it’s a person or organization proclaiming revolution, hurling racial insults, espousing gender prejudice, etc. We’re talking about Facebook, Twitter, Amazon and others closing accounts because the ownership of those companies disagree with the political opinions put forth in the user’s account.

Sure, people will point to President Trump’s account and argue that he “incited violence” via his Twitter account so it should be shut down. I won’t argue it because in the end I’d have to agree to disagree with those folks. Everything is a matter of perception and I simply didn’t interpret any of the President’s statements or tweets as calling for violent uprising. But set President Trump aside for a moment and look at other accounts being closed on the social platforms purely because they disagree with the Democrat party leadership and the agenda being pushed by mainstream media; big corporate media which now includes those largest social media platforms.

This action is a symptom of a larger and still growing problem we have in the United States today. The problem is that somehow, somewhere along the way, in the name of “progress,” we started not only silencing but also persecuting / oppressing those who hold different ideas, values and beliefs. Reference the image included with this blog: it’s a social media post from a respected friend. She has video captured by her daughter of the event and I trust that video is being shared with the law enforcement authorities in that jurisdiction as part of the investigation. Investigation into what? Assault & Battery, Aggravated Assault, Attempted Murder…

I shared this event with several friends of mine, some of whom are not in law enforcement and don’t share my same outlook toward violent expression. This is another thing that startles me: that someone feels it’s okay to be violent but only if the person being violent can, in some way, show that they are part of some group that has been “oppressed.” In the summer of 2020 as ANTIFA and BLM protestors participated in peaceful protests I voiced my support for them. I am all in favor of the First Amendment and the right of peaceful protest. However, once a crime is committed, the protest is not a protest but turns into a riot and I do not support rioting. As I shared that outlook with some friends of mine they felt the need to instruct me on how I was wrong; on how “riots are the voice of the unheard.”  Keep that in mind because it really matters. Somewhere, somehow, someone thought that violence and criminal activity was acceptable and protected under the First Amendment.

Return to the present and the event described: a young man goes skiing. He’s wearing patriotic clothing and something that showed he either was a fan of or at least supported President Trump. As the post said, in today’s political environment, that may not have been the most intelligent thing to do, but it certainly isn’t a crime. Wearing an article of clothing that supports a political party or a given politician isn’t anything new. It goes along with wearing clothing that supports the First Amendment, or Second Amendment, or having bumper stickers on your car supporting various candidates or platforms. It’s a simple means of self-expression.

What’s concerning is that a mob of young people felt empowered to assault this person. Was it because he was wearing patriotic clothing? Was it because he was wearing something that showed support for President Trump? Either way, it was because he had the audacity to wear something that expressed his values and beliefs. This mob of young people didn’t care about his First Amendment rights. They didn’t care about the validity of his opinion. They didn’t care who he was, what he does or anything else. All they cared about was that they disagreed with what they ASSUMED his values to be and they decided that it was okay to commit a criminal assault to express their disagreement and displeasure.

Since when has this become acceptable in America? We are a nation where people used to defend each other’s right to free speech even when we disagreed with what the other person was saying. THAT was the magic and overarching value of the First Amendment: It guaranteed EVERYONE EQUALLY the ability to express their beliefs and opinions even if such was unpopular. What happened to that outlook?

Let’s take a look at two opposing examples of self-expression as protected by the First Amendment and I’d ask you to consider your own outlook; measure your own response; consider what your own actions would be:

Example 1: A man walks down the Capital Mall, enjoying the weather and the sights. He’s a tourist who has never been to Washington DC and he’s enjoying seeing historical monuments, etc. He’s wearing pants that are red, white and blue, a shirt that supports the Second Amendment and a MAGA hat and a KAG facemask (even though he’s outside and it’s not required). He courteously greets everyone who makes eye contact with him, offering a smile and a polite nod of his head.

Example 2: A protestor is marching against law enforcement due to recent use of force incidents. The protestor is part of a demonstration that is properly licensed and permitted by the city. The protestor is wearing black pants, a Che Guevara shirt, a mask that says “F*CK THE POLICE” and a red hat that says, “Made Ya Look.” He stops in the middle of an intersection and lights an American flag on fire, drops it and watches it burn.

Which example caused you to feel anger? Either one? Why? BOTH, per court decisions, are protected by the First Amendment. BOTH are expressing their political beliefs and personal values. As a man who has sworn to uphold and defend the Constitution of the United States several times in my life, whether I agree with either of them or not, I consider it my duty to protect and defend their right to self-expression. That said, their “right of self-expression” DOES NOT include acts of violence against others or the destruction of private property. “Riots are the voice of the unheard,” is a pitiful concept that is nothing more than an attempt to justify and excuse criminal activity.

NO citizen should be afraid to express themselves… EVER. In our country today we’re seeing a complete subversion of the Civil Rights delineated in our Constitution. The First Amendment is being twisted to defend violent and criminal actions but only if the actions are against one political party or group of people (conservatives). If conservatives try to express themselves and the mainstream media or opposing party don’t like it, then it’s not free speech and protected by the First Amendment; it’s “hate speech” and censored. Welcome to EXACTLY what is happening as social media accounts get shut down and whole platforms are turned off because they are conservatively oriented.

Our challenge as a nation… the question we need to answer…. Are we willing to stand idly by and watch as our Constitution – a document so carefully crafted as to guarantee a free future, but only if we’re willing to defend it – is dismantled and perverted to serve the interests of people incapable of any motivation beyond selfishness and greed? A few of them hold power and pursue more and act together, even if they don’t like each other, to increase their wealth and holdings. Are we, the FREE citizens of the United States willing to just watch quietly as career politicians, mainstream media, social media and “social justice” organizations corrupt and subvert the values of our nation? Are we willing to stand by and watch as people are attacked and beaten simply because someone doesn’t like what they have to say? Or what they’ve worn? Are you still thinking the young man that was attacked “had it coming” because he was a fan of President Trump? If so… how would you feel if that was your child?

The truly sad part is that someone just read that last question and thought, “If it was my child and they wore something pro-Trump, I’d beat their ass myself.”

I’ve been a parent for 33 years. I’ve always believed that we teach our children right from wrong by the time they are five years old and after that we’re helping them learn judgment. We’re supposed to teach them HOW to think, not WHAT to think. I have two children who agree with my politically. I have two that don’t. I love them all equally and I would defend each of them should they be attacked for voicing their values, wearing an article of clothing that did so, etc.

I don’t have to agree with you. But I took an oath to defend your rights even if I disagree with you. Your rights do not include committing crimes. Your feelings are not cause for my rights to be disregarded.

This single challenge in our nation can be our downfall if we don’t address it – and do so damned quick. People of EVERY value system must understand that America’s Civil Rights are afforded equally to EVERY citizen. PEACEFUL protest, performed within the laws of the given jurisdiction, are exactly that: PEACEFUL. Violence and riots are NOT tolerable. If you justify the riots and violence of ANTIFA and BLM by saying, “Riots are the voice of the unheard, therefore it’s justified,” then you’d better ALSO say that about political protests and riots in support of every other cause anyone can come up with. Civil Rights protections have to be applied equally or they are of no value at all. If the powers that be can decide who can or can’t exercise their First Amendment right to free self-expression, then the right isn’t being exercised. What’s being exercised is PERMISSION from someone in power for you to say what they approve.

My friends, THAT is the very definition of oppression. THAT is what our Founding Fathers revolted against and won our freedom from. THAT is what the Constitution was written to empower us to defend against should tyranny every raise its ugly head in this country again. And unfortunately, THAT is exactly what is going on in America today and many people are celebrating it rather than decrying it. If you don’t want your children, grandchildren and greatgrandchildren to be owned by a tyrannical government, you’d better wake up and start realizing that people who disagree with you aren’t the enemy. The people manipulating you and all you see, hear, read and are told… they are your enemy. They are the enemy of our Republic. They are behind the efforts that empower young adults to attack another young adult because of opposing political views. 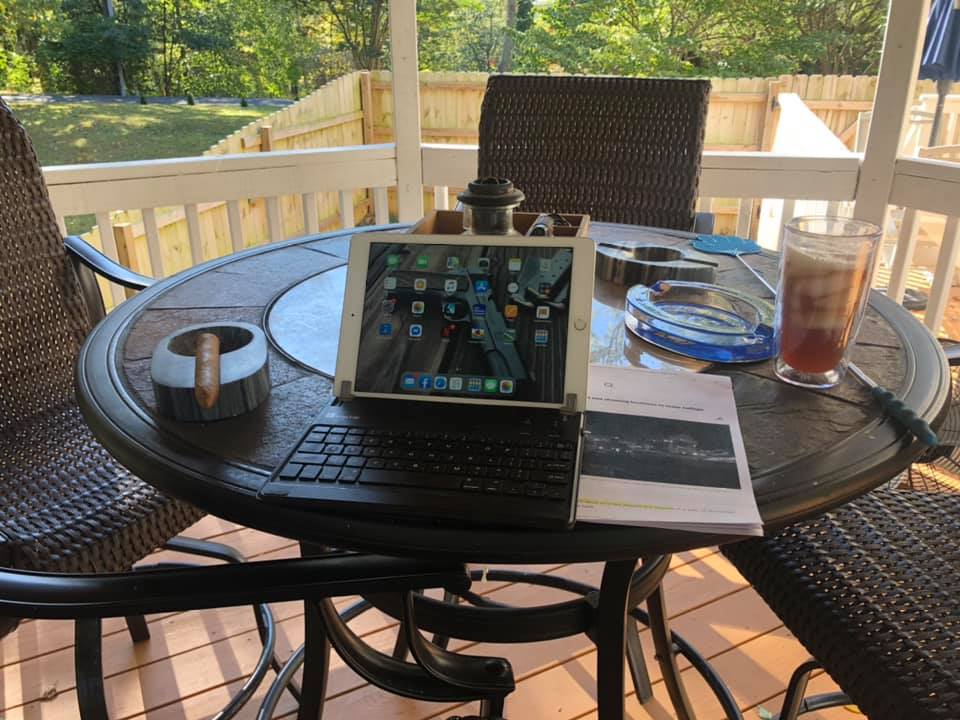