Most recently I had a conversation with a gentleman who is a Marine, a veteran police psychologist and an avid supporter of self-defense. The conversation started because I had been asking questions about families and the environment set dependent on whether the family itself – that being the mother and father (or other primary care-givers) – either taught self-reliance or they taught dependence. I was amazed to find out that studies had been done which revealed children were born predisposed in their reactions to challenging events. I’m having to be very careful in my wording but to simplify it some, what I discovered was that some babies are born apparently less fearful of certain events than others. When such children are raised in households that teach self-reliance and over-coming challenge, then the adults that result stand a better chance of dealing with traumatic events without negative side-effects.

To understand the concept of “Learned Helplessness” it’s necessary to take a look back at some of the early experiments done with animals. This seems quite cruel to me but did result in some insight that will be vital to our later discussion. The research I could find cited work done by psychologist Martin Seligman at Cornell University way back in 1967. I know, 1967 may not be “way back” but later in this discussion you’ll understand why I feel that 55 years is WAY too long to have known what we know and be acting the way we do. So in 1967 Seligman did some experiments which subjected dogs to differing controlled circumstances. One group was simply put into harnesses so that their freedom of movement was restricted. The second group was placed in harnesses and subjected to random electric shocks which the dog could stop by pushing a lever. The third group was put in the harness and subjected to the electric shock at the same pace as the second group, but had no way of stopping the shocks. Therefore, to the dogs in the third group, the pain seemed random and beyond their control to do anything about or escape. They simply learned to tolerate their pain.

In a follow up experiment Seligman wanted to find out whether or not the dogs in the third group had indeed simply learned to tolerate their pain or if the harness had simply forced them into accepting it. So he set up an experiment with the groups of dogs put into boxes that they could escape by jumping out of. When the electric shocks were applied the dogs in group two jumped out of the boxes. The dogs in group three, however, simply laid down and whimpered in discomfort. This is the critical component: even though the dogs could have escaped the shocks, they didn’t even try. Effectively they had been trained to accept the discomfort and just deal with it. They had learned to take no positive action that might reduce their discomfort even if it was in their power to do so. 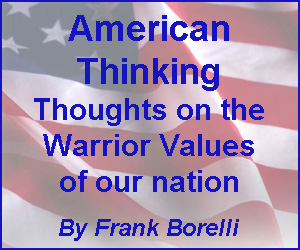 In very broad terms, the same theory can be applied to humans. The, obviously, large difference is that humans have the ability to recognize when they can or can’t escape from an uncomfortable situation. The big question for me was whether or not humans could be taught to accept uncomfortable or threatening situations in such a way that they either 1) felt responsible for it, or 2) were conditioned to accept it without taking any action to escape or neutralize it. As many long time readers know, this is what I’ve maintained the Zero Tolerance policy against violence in schools has been doing with our students: teaching them to accept being victimized and punishing them if they take any other action aside from attempting to escape.

The pessimist – those without a strong positive outlook – are most likely to suffer from learned helplessness. These are the folks you’d look at and think their reaction would most likely be…

It will never change

It’s all my fault

I never do anything right 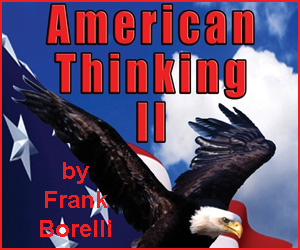 While many would argue that various miniscule differences in brain chemistry make all the difference between optimism and pessimism, I fail to understand how babies, who are born free of behavioral conditioning, can be optimistic or pessimistic. Such outlooks are learned. To some extent, whether or not the person grows up to become an individual with the outlooks expressed in the three statements above depends on the environment they’ve been raised in and how they were taught to deal with adversity. Part of that “environment” includes our school systems.

Simple research online reveals that learned helplessness can have a wide variety of negative impacts on a person:

Their physical health can suffer because of poor diet, lack of exercise, etc. These folks believe that nothing they can do will change their physical condition, so why try? Remember that: it’s VERY important to what I’m discussing below.

Psychologically learned helplessness can cause a general lack of motivation. Folks who have tried to accomplish something in the past and have failed in their original attempt(s) may not try any more because, from their learned helplessness outlook, they’ve no chance of changing the outcome. They will accept failure as inevitable. 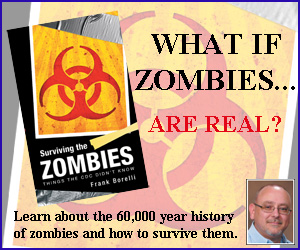 Obviously, when we think about it, learned helplessness negatively affects the social life as well. Most people don’t want to hang out with, spend time with, pursue activities with people who are constantly down on themselves; complain about how incompetent they are; are afraid to try new things; or are generally shy and reserved. For the person who has learned helplessness that social separation only supports their belief that there’s nothing they can do to improve “their lot in life.”

In his article titled Learned Helplessness, Ken McLeod states that

Learned helplessness results from being trained to be locked into a system. The system may be a family, a community, a culture, a tradition, a profession or an institution.

Initially, a system develops for a specific purpose. But as a system evolves, it increasingly tends to organize around beliefs, perspectives, activities and taboos that serve the continuation of the system.

I believe this is exactly what has happened with our public school systems. Obviously it is in the best interest of everyone in the schools if there is no violence in that learning atmosphere. Wouldn’t it be great if there was never any violence in schools? We all agree that it would be fantastic. That said, how realistic is it? The incidents of violence in schools has been escalating across the past decades to record-setting heights. Less than two years ago we saw the highest body count mass murder (by firearm) ever committed on an educational institution campus: Virginia Tech. In the past four years we’ve seen the incidents of school attacks double every year. It sometimes amazes me that we’re still trying to learn how to cope with such events since violent attacks on our schools have been a reality in this country as least since 1891. We’ve had more than 117 years to prepare!

Our response though, at least where the public school systems are concerned – and largely in all places of public gathering – has been to punish all of those involved in any incident whether they are the victim or the perpetrator. The honorable goal is to teach that violence is unacceptable as a social behavior. Well, duh… The actual result though is that the victims of the acts of violence are punished for defending themselves. By that punishment they are being taught that defending themselves is wrong. They are being taught that a positive action on their part to remove themselves from an uncomfortable or painful situation is wrong. They are being conditioned and trained to accept the discomfort and pain. Forgive me for comparing victims to dogs, but doesn’t that sound like the dogs in the third group in the opening paragraphs of this article?

The much larger implication and a potentially HUGE problem for American society is that by teaching these students learned helplessness we then graduate them from high school or college and send them out into their lives without having taught them to overcome challenge; without having taught them that it’s their duty to defend themselves against crime or other personal attack; without having provided them the tools to be non-victims. And then we have the audacity (as a society) to be shocked when one person armed and willing to act in a violent fashion is able to kills dozens? Why does this surprise us? We have spent decades teaching those same victims to BE victims; to not fight back; to accept as inevitable that they can’t change their situation. Leave it to the educational institution. “They” will make it right.

I am still waiting for those in power in public school systems, high schools and colleges to “make it right”. What can Virginia Tech possibly do to “make it right” for the families and friends of the victims of Seung Hui Cho?

As Americans we have to stop this approach toward minimizing violence. It may appear to work in small doses in selected circumstance, but when it fails the examples are national news. We MUST stop punishing those students and citizens who defend themselves against criminal attacks. We MUST stop punishing those who take on the bullies or win when they defend themselves from an attack. We MUST start teaching that such actions are noble; honorable; fully justified and within the right of every human being. Else, what have we? and what are we? 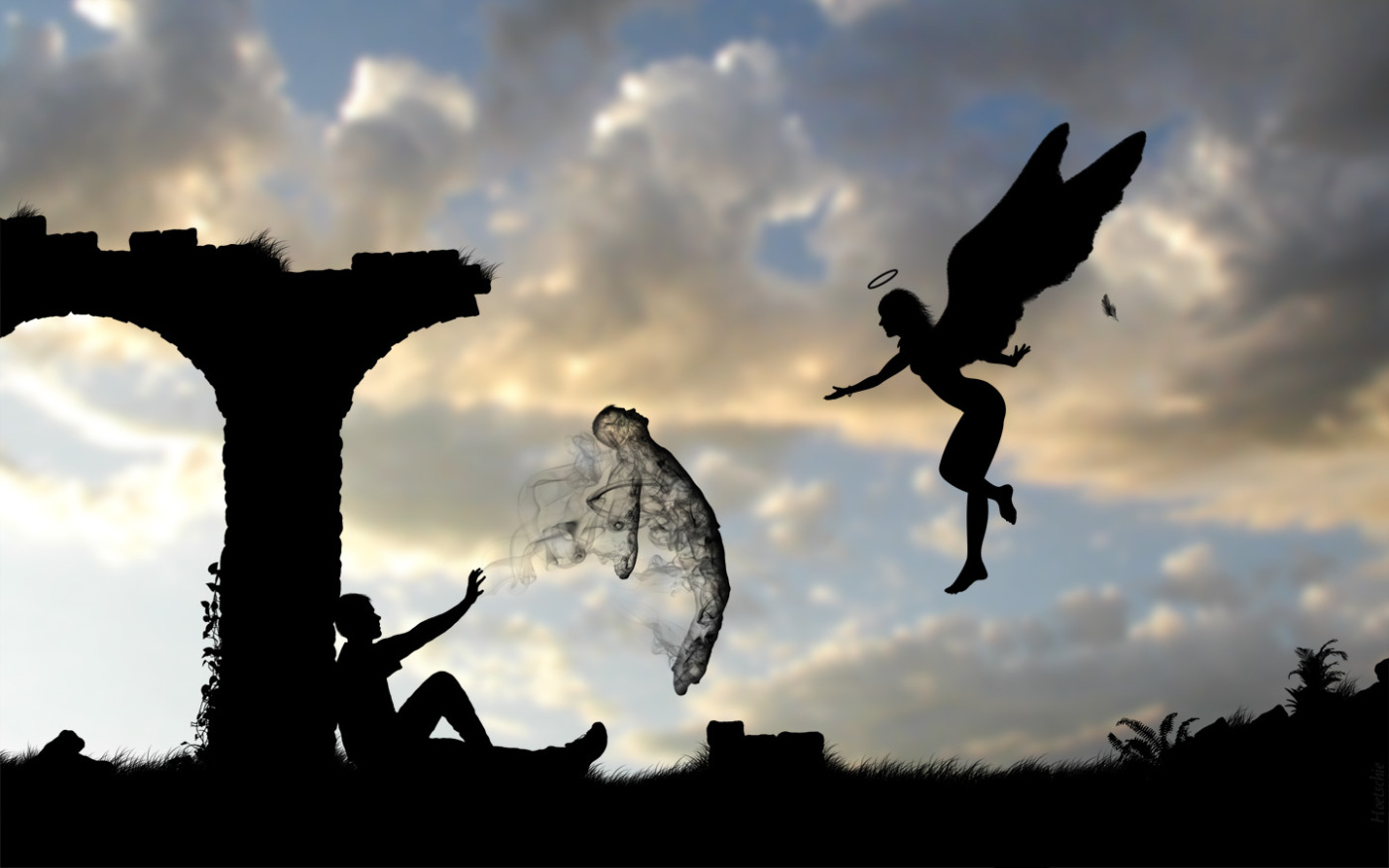 The Challenges & Realities of Dreams 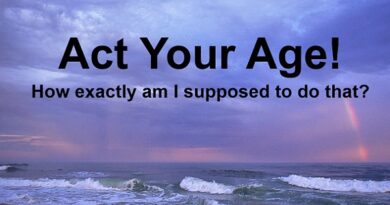 One thought on “Teaching People To Be Helpless”