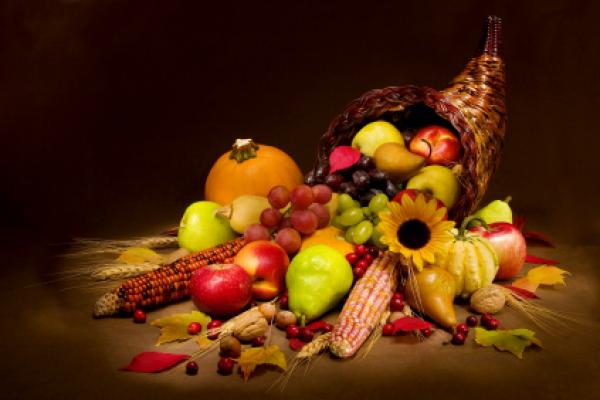 I saw a post on Facebook and it was a brief look at what the poster was thankful for this year.  It gave me pause. I wondered, “Should I do that?”  It has always seemed silly to me that we only acknowledge what we’re thankful for on a given day in the year. Shouldn’t we be thankful for our blessings (and sometimes our challenges) EVERY day?  Still, okay… it’s Thanksgiving.  So let me think about it and figure out what I’m thankful for.

On the professional side of life: I’m thankful to belong to two brotherhoods, although “brotherhood” might indicate a lack of both genders and that would be inaccurate.  I started my life in uniform by serving in the U.S. Army as a Military Policeman.  Lo those many decades ago, I was a hardly needed to shave, in better physical shape than I ever would be again, sandy brown haired young man, standing at attention in formation in a place called Ft. McClellan.  Just outside Anniston, Alabama, Ft. McClellan will forever be in my memory as a cherished place of torture and testing.  There I earned the privilege of being a soldier and a military policeman.

A few years later I stood in attention in formation in the police academy and there I earned the title “police officer.”  As a friend of mine so often lectures me, we are NOT “cops.”  While I don’t consider “cop” a derogatory term, he feels it doesn’t fully encompass all that the PROFESSION of law enforcement represents.  My academy class had more than a few military service veterans in it and we served as the platoon leaders, squad leaders and general take-all-the-instructor-corps’ crap and filter it to the rest of the student officers people.  A Marine was my police academy class leader.  I was the guide-on bearer.  One platoon leader was an Army Scout and the other was an Air Force Security Police officer. (We gave him SO much grief!) I am thankful that since graduating from the academy I’ve been able to be a part of the law enforcement profession for well over thirty years now.  I’m thankful for the honor of serving as a law enforcement instructor for about 25 years now as well.

Later in life I got a wild hair and rejoined the service as a member of the Maryland National Guard, first spending three years in a Light Infantry unit (quickly finding out I was no longer 19) and then two more years in a Combat Engineer company (and loving the fact that they ALWAYS slept in barracks).  I am thankful I was able to serve and I count among my closest friends so many men and women who also are veterans.  I am thankful our nation has so many willing to sacrifice in service to freedom and protection of what I believe to be the greatest nation God ever graced on Earth.

When the time came for me to “retire,” I was able to move into another position that allowed me to continue to be involved with and support the law enforcement profession: that of editor at a law enforcement website, Officer.com.  A couple years after being hired as editor, I was promoted to Editorial Director for the law enforcement group.  I’ve been with the company since December 2007, so I’m approaching my eighth anniversary.  I’m thankful for a job that allows me to support the community I dedicated my life to while offering me opportunities to grow and improve in a related profession.

I have written and had published eight books over the years.  I’m thankful for having been able to fulfil another childhood dream – that of becoming a writer.

On the personal side… there’s SO much to be thankful for.  I am thankful for my family.  My wife has tolerated me for over twenty years now and I see no indication that will change in the near future.  My four children have all reached adulthood and are people who provide a positive influence on the world.  Two of my children have graced me with grandchildren and I’m thankful that they are healthy, strong and continuing to grow each day (occasionally driving their parents a little nuts which is also a blessing to a grandfather).

I’m thankful that my family is all healthy.  Sure, we all get the occasional cold, “enjoy” allergies or get the rare bump or bruise, but our basic health – both mental and physical – is sound.  We would all benefit from eating a bit healthier and exercising a bit more, but who in the world wouldn’t?

I am thankful that, although I’m not a rich man, my family is provided for.  There is a warm roof over our heads, food in the pantry and freezer, and our clothes are not wearing thin.  We have reliable vehicles that we’re not fighting to keep mechanically sound and we can (so far) afford the gas it takes to fuel them.

I am thankful for all the people in my life who provided me instruction, education, counsel and guidance.

I am thankful for all the friends I have who hold me dear in their hearts – and know that I feel the same way about them.

I am thankful to have simply woken up, seen another sunrise, smelled and enjoyed another cup of coffee and to be looking forward to what today will bring. 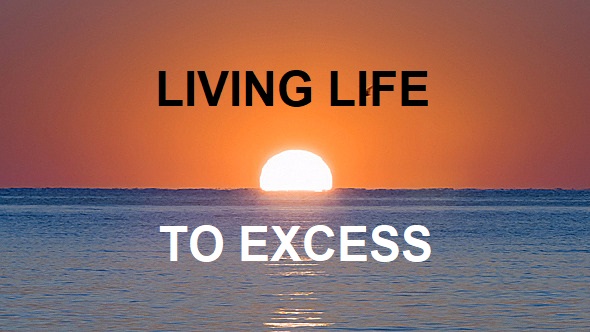