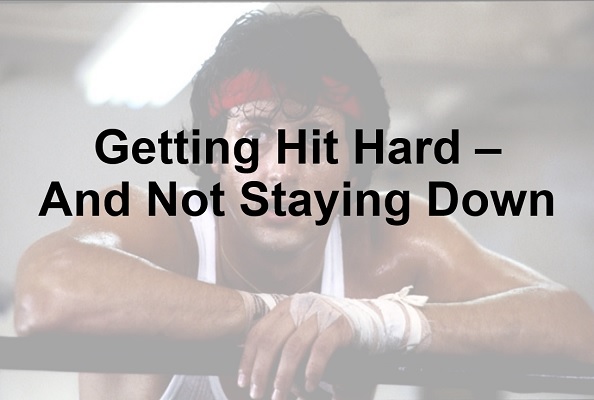 No, I’m not happy about having to quote Sylvester Stallone – even if he was playing Rocky when he said what he said – to open an article. However, the quote is applicable and there are others that build on it. A few years ago we (my family) had a small problem with a bully at my son’s bus stop. My son was obviously afraid of this other kid – as were all the other children at the bus stop. The bully’s parents dropped him at the bus stop and then were on their way to work. They weren’t available to correct his behavior. Gradually he got worse and worse. He started out being loud and verbally abusive to the younger and smaller kids, but he grew into “bumping” into them and being otherwise physically aggressive. There came a point where he tried to take something from my son that my son didn’t want to give up. That was the morning that my son conquered his fear of “getting beat up” and chose to stand his ground in spite of what might happen.

Now that’s not just a proud daddy talking – there’s a valuable lesson there that some people just never learn: there ARE some things that are worth fighting for, and if you let the bully back you down he will never be happy. Eventually the bully has to be put in his place – or you have to always submit your will to his. Unfortunately, in today’s world – and for a large part of the past few decades – our society has embraced pacifism to such an extent that our children are being taught NEVER to fight.

While I appreciate that fighting isn’t the solution to every problem, I believe it is the necessary solution to some. As an example: a few years back I was teaching women’s self-defense courses. The first thing I taught was attitude, outlook and perception. A woman protecting herself from purse-snatching might have a hard time justifying to herself hurting her assailant when all he wants is her purse. After all, it’s just property. However, what if he wants the purse, realizes he has an easy target – a willing victim – and takes the next step? Now he changes his game plan from purse snatching to robbery… or worse, rape.

I know some people (who I don’t have much respect for) who have told women that when they are facing the prospect of potential rape they should resist as little as possible; that they should “go with the flow” and suffer through it because it’s their best chance for survival and minimal injury. On the other hand, the same woman who might not feel justified fighting a purse snatcher might feel entirely justified fighting against a rapist. Still, there are some women who might not feel that the threat is great enough in a potential rape to justify doing potential permanent harm to the rapist – or to kill him.

That’s why one of the first things I teach is that the potential victim should never try to read the assailant’s mind. Who are you to know what he wants? Your purse? Forced sex? Your life? If you perceive the attack as a potential homicide – YOUR homicide – then what you are willing to do and what you can justify is an entirely different world.

But I want you to think about how many lessons in your life that have involved the concept of falling down; getting hit; not succeeding in some way – but having to go back and try the same task again. When you learned to ride a bike you fell off – all of us did. But we had to get back on and try again. And we knew when we got back on that there was a good chance we’d fall again and get hurt again. But we couldn’t quit if we wanted to learn how to ride that bike.

If you learned how to play football in little league or on the school team, you learned what it felt like to block, be blocked, tackle and be tackled. None of it felt good. Being blocked properly hurts. Blocking doesn’t always feel so good. Being tackled doesn’t feel so hot. But if you’re going to be a football player then you’d better get used to it.

If you lose the fight because you get into it and then decide it’s not worth fighting, then you’ve taught the bully that if he can hurt you then you’ll cower and quit. Now, not only does he get to scare you, but he also gets to hurt you AND he’ll pay no price or punishment. On the other hand, if you get into the fight and don’t quit – no matter what – and you give as good as you get or even better, then what does the bully learn? You’re not scared and he can’t hurt you enough to make you scared. He’s learned that you’ll keep fighting until the fight is won – period.

Think about that and let me leave you with this:

I know this has seemed kind of rambling, but I have to add that TAKING hits and not quitting isn’t the way to win a fight or conquer a challenge. You have to take the shots AND keep fighting. If you just take hits then you’re nothing more than a failed punching bag.

So, keep fighting the good fight and when you get hit, get back up, get back in the fight and give as good as you get. As I told my children throughout their formative years: just don’t quit.

Not Who but WHAT Are You? 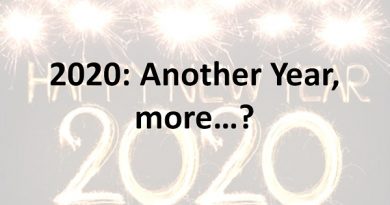