It’s almost a stereotypical response.  When asked, “What’s most important in a relationship?” one of the most common answers you’ll ever hear is, “Communication.”  Of course, that’s just one word and not the whole answer.  “Open, honest, interactive communication,” is more complete.  For those who think about it and comprehend it, the implications of the three added words, “open, honest, interactive,” can be slightly intimidating and one can’t help but wonder if the fear of them and all they can bring is actually what occasionally inhibits good OPEN, HONEST and INTERACTIVE communication.  Let’s look at what that can mean.

“Interactive” is probably the easiest to understand and doesn’t imply a whole lot of potential risk.  Communication isn’t one way.  We should all know that.  Communication isn’t – I talk, you listen – it’s I talk, you listen, you comprehend, you formulate thought, you reply, I listen – and the cycle repeats.  We have all had good conversations and the reason we think they are good conversations, although we may not stop to identify it, is that the person we’re conversing with listens, comprehends, formulates good responses and speaks back to us in a way that is articulate enough for us to understand, comprehend, formulate responses to, etc.  We have also all (likely) had conversation with people we had to walk away from because the conversation was making us feel dumber by the moment.  Sometimes that’s because the person we’re conversing with is so highly intelligent and greatly educated that their responses are near or above our capacity to comprehend.  Not being able to give intelligent responses, we get frustrated with OURSELVES and our own lack of ability to support that conversation.  On the other hand, we’ve had conversations with people we had to walk away from because they seemed incapable or uninterested in holding up their end of the conversation.  Unfortunately, in today’s world, that’s far too often the case.  If you’re not talking about sports, television or music, too many people aren’t interested and/or aren’t capable of discussing anything else.  Sad really.

But that’s just the “interactive” part.  What about the “open and honest” part?  That can involve a great deal more risk and our fear of that risk realized may prevent us from being as open and honest as we can be – and should be.  Here’s what I mean.

That fear of judgment may well be what prevents us from being truly open and honest.  It’s at that line… our limit of trust in the person we’re conversing with… that we begin to hedge, filter what we say, NOT tell the “whole truth.”  I’m as guilty as the next guy.  None of us is “honest Abe Lincoln.”  We live in a society where “white lies” are not only expected but NOT providing them can be socially unacceptable or politically incorrect.  Don’t believe me? Think about it a few seconds.  Would you voice your thoughts in public about a homosexual couple hugging and kissing?  Would you tell a friend who is ordering unhealthy food that they’re already overweight and need to order more intelligently?  Would you suggest to your girlfriend that perhaps she’d be better off wearing a dress not quite so tight to the high school reunion?  We all know what we’d LIKE our answers to be but we also know, if we’re honest with ourselves, what the truth is.

For me: I KNOW I’m not going to voice my opinion about an openly gay couple making out in public.  I KNOW I wouldn’t tell my friend he’s overweight but would strike up a conversation about nutrition under the guise of discussing some trivial point I’d recently read about something ordered.  I KNOW I wouldn’t tell my wife her dress was too tight to wear to her high school reunion but I’d find a defect in the dress that would encourage her to wear something she’d look better in.

Those are examples of how we skirt the truth in the interest of not hurting someone else’s feelings.  But is that really our motivation? Sometimes, yes.  Sometimes, I’m willing to bet, our motivation is fear of repercussion; fear of reprisal; fear of being judged for what we’ll say; fear of someone being critical of our beliefs as we’ve just voiced them.

While such fear may be acceptable and sometimes necessary when interacting with the public, I submit to you that in interpersonal relationships of value, that fear is a hindrance.  I’m a married man; have been for about twenty years now.  I have as many insecurities as they next guy.  I’m not in the physical shape I’d like to be in; I’m overweight; I’m balding; my hair is turning gray, etc.  For all that, I’m married to this woman, my wife, who took me for better or worse, for richer or poorer in sickness and in health until death do us part.  I accepted her vow and matched it with my own.  Unless we doubt each other’s commitment at this point, why would be uncomfortable with honesty?  Open, brutal, glorious, complimentary, insulting, fearful, joyous, whatever! honesty.

Your spouse… your significant other… your soul mate… your life partner.  I don’t care what you call them or how you refer to them: that person in whom you have entrusted your life, invested your time, given your heart and to whom you have bared your soul.  Why would you do any less than be totally open and honest?  Because FEAR.  Because in spite of all that emotional support and committed reassurance, you can still be afraid of what they’ll think about you.  And that’s the one person in the world that you don’t want to disappoint.  You don’t want them to find you lacking in any way.  You don’t want them to have a negative thought about you if you can avoid it – and you can, right? Just don’t freely speak your mind?

But here’s the kicker: do you really think that this person, who knows you SO well, won’t eventually see through your ruse?  Do you think they won’t eventually realize that you weren’t completely forthcoming?  Do you think you can fool them forever?  History has proven the answer is no.  In failed relationship after failed relationship, when questioned about the cause of the break up, a lack of good communication is always high on the list.

So our challenge with open, honest and interactive communication proves to be threefold:

First, we have to overcome our own fear of being judged.  Have faith in the love of the person you’re with and trust that they’ll continue to love you no matter what you may reveal about yourself.

Second, love them enough to be honest with them and communicate to them what you need them to know and understand.

Third, allow the conversation to be interactive.  Talk to them, listen to them, answer their questions and let your responses feed off theirs.

For communication to be effective BOTH people involved have to listen; BOTH people involved have to offer thoughts, opinions, observations, etc.  In other words, it CAN’T just be one person asking questions and the other person answering them.  That’s called INTEROGATION not CONVERSATION.  Conversation… good communication, requires faith and articulation.  You have to have one and be capable of the other.  If you’re lacking in either, inevitably your significant other will feel the frustration of a lack of communication.

That’s an easy situation to avoid. Open your heart and open your mouth and TALK to one another. 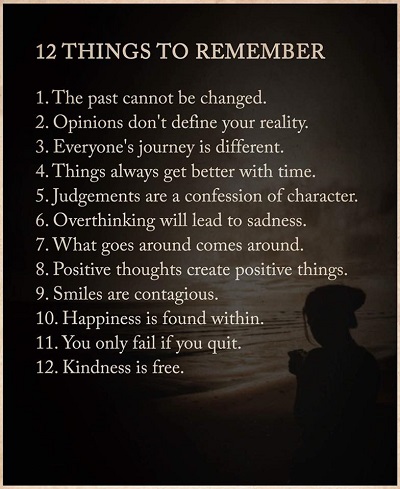 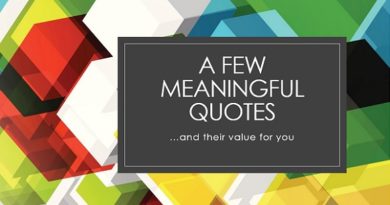