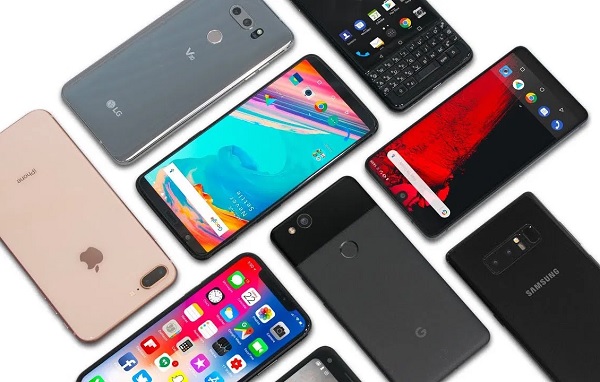 According to Fox5 New York in this article, Vermont State Senator John Rodgers (D) has submitted a bill that would prohibit anyone under 21 from using a cellphone. According to the bill, those under 21 would be prohibited from possessing, owning or using a cellphone under penalty of up to one year in jail, a $1,000 fine or both. Now, the obvious reaction from just about everyone is, “What?! No way!” Before you join that crowd screaming about how this is some sort of illegal or unconstitutional infringement, let’s look at a few statistics (also taken from that same article and not independently verified).

Data from the U.S. Department of Transportation indicates that cellphones are involved in over ONE MILLION car crashes per year and that 11 teenagers die each day in car crashes.  ELEVEN EVERY DAY. The bill further details other justifications for the age restriction such as how cellphones are often used to bully and/or threaten people. The bill further notes that cellphones allow easy access to the Internet and social media feeds which can be used to radicalize and recruit terrorist operatives, fascists and other extremists.

At this point some of you might be thinking this is some sort of joke. It absolutely isn’t. Senator Rodgers really did present that bill in the Vermont State Senate. Part of the bill reads, “In light of dangerous and life-threatening consequences of cellphone use by young people, it is clear that persons under 21 years of age are not developmentally mature enough to safely possess them, just as the General Assembly has concluded that persons under 21 years of age are not mature enough to possess firearms, smoke cigarettes, or consume alcohol.”

When you look at the data and consider the impact improper cellphone use can have on individuals, groups and society as a whole, it makes sense to limit and/or license cellphone use just as we have handguns, rifles and shotguns. With bullying and cyber-threats an apparently (reportedly) growing problem, it would only make sense to create a system wherein people had to pass a background check before being able to purchase a cellphone. Since juvenile records are sealed and people under 18 could be put through the background check they would have to be prohibited from buying these devices. By keeping cellphones out of the hands of people under the age of 21 we could reduce cyber-bullying, cyber-threats, cyber-related sex crimes, cellphone / texting related car accidents and deaths. At the rate of 11 teenage deaths PER DAY in car crashes, isn’t this restriction worth it?

With the financial and economic challenges often faced by students of any age, it would make sense to restrict them from wasting money on cellphones – including hardware, insurance and service. By legally restricting these students from spending their hard earned dollars on cellphones and all the attached accessories, the government(s) would be effectively forcing them to save money; money that can be better spent on necessary items for their health and welfare to include their education.

To prevent their parents from making the purchase for those newly prohibited from purchasing a cellphone, follow-on laws would have to be put in effect that required cellphones owned by the parents to be stored properly at home and not allowed to be given by parents to children under penalty of fine or imprisonment. To insure that only those authorized persons purchase or carry cellphones, an entire licensing system would have to be set up within every state, but coordinated at the federal level, to keep track of who is qualifying for and purchasing cellphones.

No one needs more than one cellphone either, so a law would have to be created that restricted cellphone purchases to one per specified time period – maybe one per year? How often do you have to update to the latest iteration? Because cellphones are relatively fragile (compared to other devices) there would have to be legal exemptions written into the law for excess purchases or replacements in the event of properly documented damaged or lost devices.

A law requiring the reporting of a lost or stolen cellphone within 24 hours of the loss or theft would have to be created as well with similar penalties to improper storage or illegal “hand me downs.”

Because a citizen of New York doesn’t need their cellphone to work in California unless they are on work travel, licensing zones would have to be created and the networks that support cellphone connectivity restricted to providing services within the appropriate licensed zones. Naturally, if people can articulate their need for additional zone access they can pay higher cell-service fees to gain access within those expanded zones. Exemptions would likely have to be written into the law for all elected representatives, federal law enforcement, military officers (but not enlisted because it’s easy enough to change their access zones if they get transferred from duty station to duty station, plus they don’t need access until they’re 21 anyway) and some specific federal employees who frequently travel for work.

Laws restricting cellphones from educational campuses would have to be put into effect and the requisite warning signs placed conspicuously around the perimeter and interior of such. Because students often emulate the behavior and values of their professors, all teaching faculty and institution staff would be encouraged to not bring their cellphones onto campus. These devices can’t simply be locked in cars because that is not a proper security method to keep them out of the hands of the students. It only invites the students to break in and steal the device.

Finally, thinking forward into developing / evolving technology, to prevent stolen cellphones from being used by unauthorized persons, a microchip paired to a specific cellphone could be implanted in the authorized owner or worn in a bracelet / ring by the authorized user. That way, even if the cellphone was stolen it couldn’t be used by anyone unless they also had the authorization chip.

Somewhere, someone reading this has already thought, “Isn’t this a violation somehow of the First Amendment right to freedom of speech?” Well, the cellphone doesn’t really offer or support speech as much as it supports communication and there’s no Constitutional Right to communication right? I mean, cellphones or even just telephones, didn’t even exist when the Constitution was written so there’s no way our founding fathers could have written something that would guarantee free and unrestricted use of a communications tool, right?

Obviously, speech is the first part of any communication and the technology that transmits that speech, spoken or written, from one location to another shouldn’t be restricted. Our founding fathers identified the threat created when a governing body can restrict what people are allowed to say, so the First Amendment was written into the Bill of Rights to guarantee that the newly formed government couldn’t restrict speech, inhibit opinion or specify authorized religion. Restricting or licensing a communications tool IS infringement on free speech and the First Amendment prohibits that.

Further, if the laws listed in the first section were actually passed and put into effect the economic impact would be terrible. Not only would the federal government and every state government have to create new enforcement arms (a heavy tax burden no doubt passed down to the tax payer) but the companies that thrive on cellphone hardware and service sales would be severely impacted as well. No doubt those companies would then hire lobbyists to work toward easing the legal restrictions.

Many parents, myself included, would argue that my child’s age should not prohibit them from being able to call for emergency assistance in the instant that it is needed. My child shouldn’t have to find an adult with a phone, seek out a pay phone or simply go without the ability to communicate an emergency simply due to a feel-good law that does nothing beyond creating red tape and headache. When my 14-year old is under threat, s/he should be able to immediately and freely dial 9-1-1 and get help or report the situation. Restricting their ability to do that actually increases the threat they live under and inhibits their ability to protect themselves using a Constitutionally protected right – that of free speech.

Setting the parental argument aside, how many students from the age of say thirteen on up would agree to such legal restrictions on cellphones? The cellphone has evolved into an intricate and necessary part of their life for social interaction, education, research, reference, news and more. It is a technology that has grown to the point of being inseparable from the fabric of our society in America. I don’t live in other countries and can’t speak intelligently to the level of cellphone immersion in their societies. Here in America, everyone over a certain age who can afford even the cheapest of phones seems to always have one.

Go back and read this entire entry and substitute “gun” for “cellphone” and realize that if you feel a law restricting cellphones to a particular age group is unconstitutional, you must also believe the same of laws restricting guns… or admit your hypocrisy and the fact that you only support specific Amendments from the Constitution to suit your own beliefs and needs. Thankfully, our founding fathers didn’t write the Bill of Rights only to protect themselves but for the specific purpose of restricting the government from over-extending its legislative power.

This bill in Vermont is obviously not going to pass and would be onerous if it did. Even the Senator who submitted it admits he doesn’t think it would pass and he probably wouldn’t even vote for it himself. He submitted it to make a point: The cellphone is just a tool. It shouldn’t be restricted and doing so is silly. Every argument made in support of the bill is used to support laws restricting guns as well. How can the arguments be applicable to one and not the other?

It’s time to rethink our approach as we attempt to limit risk, injury and death as created by tools.  Because the tools don’t create the risk, injury or death. The behavior of the person holding and using the tool does. Address the person and stop trying to restrict the tool. 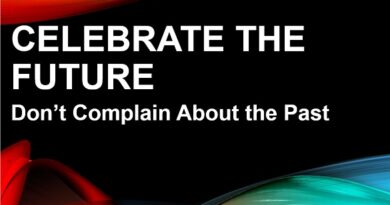 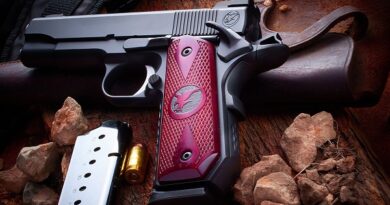