In the military and law enforcement fields of endeavor – where I have spent almost my entire adult life – time is a precious commodity.  Sometimes there is absolutely nothing going on and it’s easy to get bored.  Time moves SO slow then.  Then there are those moments of utter chaos with potential for great harm and time flies by faster than you can keep track of.  In a dangerous conflict, the value of time is literally immeasurable.  Think of it this way: If you’re in a gun fight, what would pay for a one second head start?  Reality is that a single second, for better or worse, can have an impact on someone’s day.

How’s that?  Consider this… You’re walking through a mall and coming from the other direction is a mom pushing a stroller with a toddler in it. That toddler is wide awake, drinking from a sippy cup and looking at everything he or she can take in.  When that toddler’s eyes meet yours, you have just a moment to smile, wave, frown, look away – whatever you choose to do.  If you smile or wave that toddler is going to give you a big grin of delight and get a huge smile on their face as well.  If you frown, the toddler frowns too. If you look away the toddler may wonder why or may dismiss you as unimportant past the instant when your eyes met.  That one second of contact can make the little one so happy… or not. 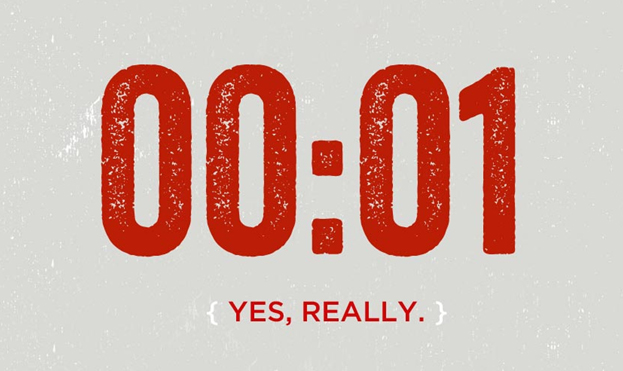 That’s just one example of how you can impact a day – and the day of a total stranger at that. What if it wasn’t a total stranger?  Can you have a positive or negative impact in the day of someone you know in just a single second?  Yes; yes you can. It’s something we’re very aware of if we’re in the beginning stages of a relationship but we tend to forget or neglect after we’ve been with someone for a while.  Ponder just a few of these small experiences and what they can mean to your significant other, or hopefully significant other to be:

Now I’m NOT saying that you should lie to your significant other just to make them feel good.  I’m NOT saying that you should tell them you were thinking about them when you weren’t.  What I’m suggesting is that if you’re in a committed relationship, even during your busiest day at work or your most entertaining evening out with friends, there is time to think about the person who matters that much in your life.

Thoughts are blazing fast.   You can think of someone in the blink of an eye.  In fact, if you love them and value them in your life, little things that happen throughout your day will inevitably remind you of them.  But if they don’t know that you think about them, where does that leave them emotionally?  What happens if you DO have that conversation later where it comes out that you were just so busy at work that you never even had time to think about them? Not even for a few seconds?

Well, it helps if you at least realize you may have hurt their feelings.  The topic wouldn’t even come up if you weren’t discussing being on each other’s mind. If your significant other says they were thinking about you at such and such time, or something happened that made them think about you…  and your only response is, “I was so busy at work today that you never even crossed my mind,” (worded however you want) you REALLY ought to expect that they might feel somehow neglected.  And are you actually telling the truth?

If so, make sure you tell them.  It will help make them feel of value in your day; loved; desired; important.

If not, maybe you need to reexamine your priorities – if you really love them.  Or, maybe you need to reexamine your feelings and figure out if they’re as important to you as you say they are when you’re not otherwise swamped with work.  I submit to you that it’s far better to end what you both think is a great relationship than to move forward spending years in a sham.

And my personal belief is that if that person means as much to you as you say they otherwise do, but you can’t spend a second or two thinking about them at work – because it’s just that busy or you’re just that focused on work – then they aren’t as important to you as you like to believe. And when they realize that, it’s going to hurt them.

The True Value of Communication 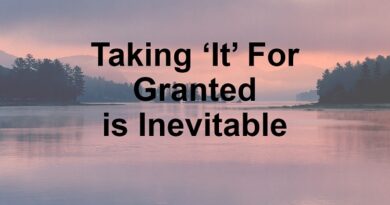 Taking It For Granted is Inevitable